Jesper Rasmussen from Odense RC Minirace made it to a commanding lead in the first leg of the A Main, continuing the battle the local driver has had all weekend long with Kim Nielsen and Alexander Bremer. Jesper scored a good advantage early on and managed to keep it all the way to the line in the first leg.

The second leg of the A Main was in many ways a continuation of what happened in race 1. Jesper Rasmussen got off to a great start while Kim Nielsen lost out on an early mistake. The early setback for Nielsen brought Bremer and David Hansen into the fight for second place – but out in front, Jesper had secured a lead that stood for the full five minutes.

Jesper Rasmussen decided to run the third and final heat after winning the title. Rasmussen started at the back of the grid and A3 saw an entertaining drive right through the grid by Rasmussen. Nielsen got away from what was now pole position, and Kim Nielsen never looked back.

He was not really challenged, either. Meanwhile, Jesper Rasmussen drove all the way through ending in 2nd with 18 laps whereas Nielsen made it to lap 19. 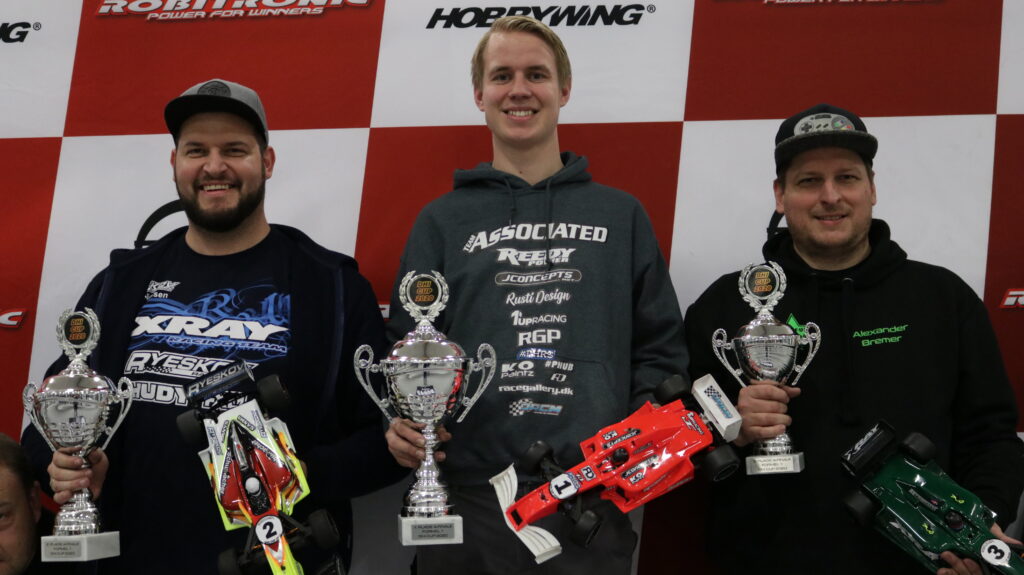 Jesper Rasmussen won the F1 title ahead of Kim Nielsen and Alexander Bremer.

– I can only be happy with my win here today. We had some great races, but Kim did unfortunately lose out on a couple of small mistakes along the way. But we’ve had lots of fun this weekend and it was a fun challenge to switch back and forth between F1 and Super Stock. The cars are so different and though it was a bit stressful in the practice sessions, I got on with it, Rasmussen said after the final.

Leg 1 was a soild win for Heitsch, who gained an early advantage from pole position. Initially, Steven M. Olsen followed, but a mistake proved rather costly for Olsen who lost out on second place to Dennis Fadtke and ended up in third. 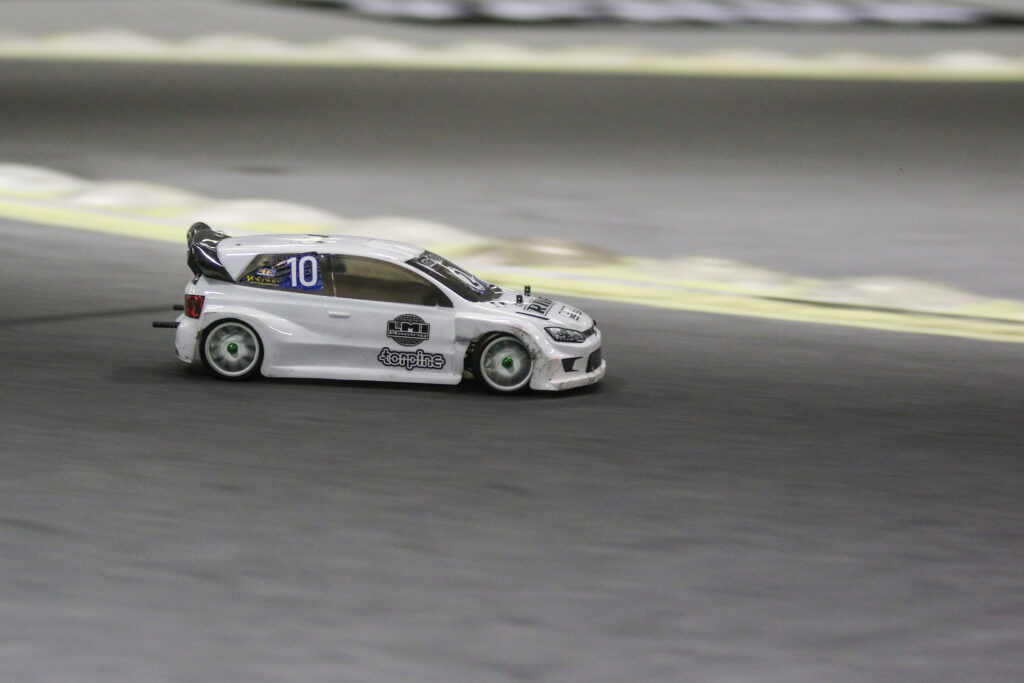 Henrik Heitsch took a dominant victory in the first ever FWD class at DHI Cup. Five wins in qualifying were backed up with two wins in A1 and A2.

The second leg handed Heitsch the title after another strong performance. Once again, Heitsch took the advantage right from the first metres of the finals and quickly rolled out a solid lead. Fadtke was under fire from Steven M. Olsen in the deciding laps of the leg with the dane constantly gaining time. Making the move on Fadtke was, however, a completely different story.

At the end, it was all decided as Olsen flipped his car – handing Fadtke another P2.

The third and final heat was won by Steven M. Olsen, but Dennis Fadtke made him work for it. Fadtke took the lead within a few corners, and from then on the german driver had to defend all the way. With about 30 seconds left on the clock, Fadtke made a small mistake, but it was enough to let Olsen through. 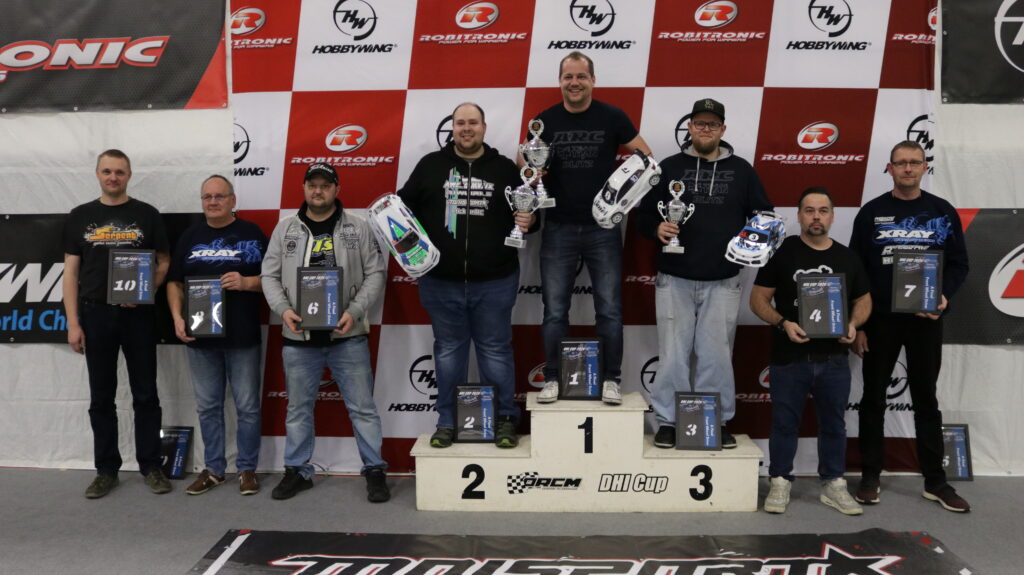 Henrik Heitsch won the title in FWD ahead of Steven M. Olsen and Dennis Fadtke.

This handed Olsen second overall in FWD, while Fadtke ended up in third.

– It’s been a great weekend, but to be fair, the car made this win easy for me. I had a small mistake in the first leg of the A Main, and I had to make up a bit of ground after it. I got on well with leg 2 and I am stoked to take my first title here. I would also like to thank everyone for making it such a good and friendly event, Henrik Heitsch says. 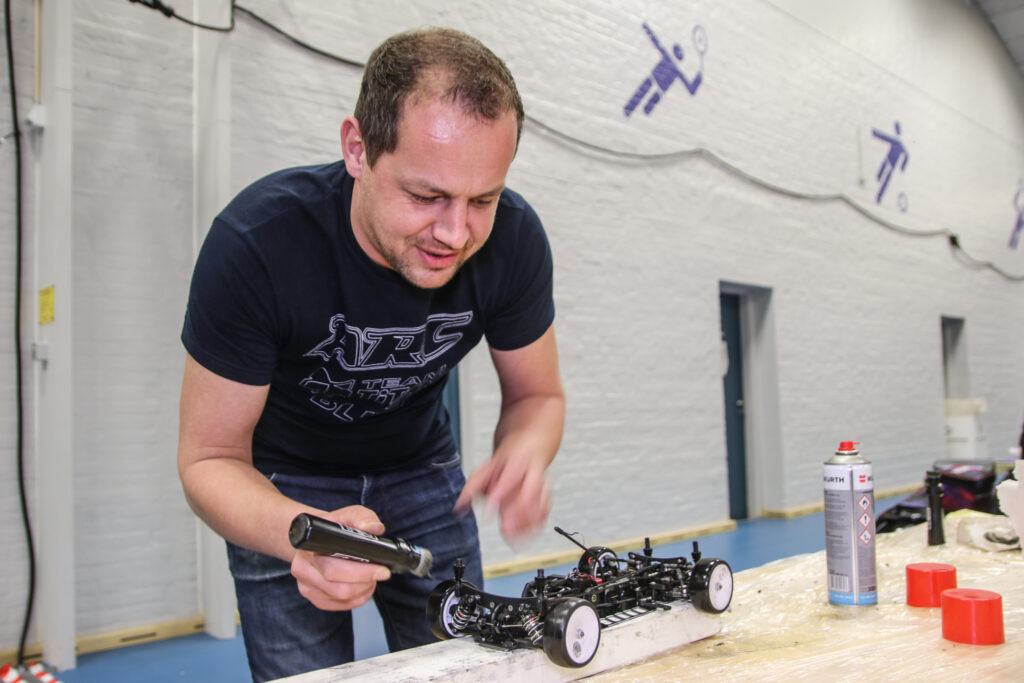 Heitsch also raced in Super Stock making it to the A-finals there as well.